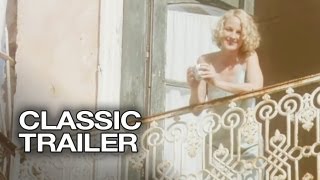 Helen Hunt and Scarlett Johansson fight over the same rich young man in this sumptuously elegant and loose adaptation of Oscar Wilde's LADY WINDERMERE'S FAN. The setting for the action is moved from Victorian England's parlors to Italy's gorgeous Amalfi coast in the early 1930's. A vacationing American couple, the Windermeres (Johansson and Mark Umbers), meet scandal when caught up in a web of expatriate British slander after Mr. Windermere apparently starts having an affair with the notorious gold-digger, Mrs. Erlynne (Hunt). Meanwhile, the debauched Lord Darlington (Stephen Campbell Moore) takes it upon himself to comfort the tearful and lovely Mrs. Windermere, and Tuppy (Tom Wilkinson), an older member of the British circle, sees there's a sweet woman being hurt by all the malicious gossip and falls for Mrs. Erlynne himself. The gossip may be malicious, but no one writes it as well as Wilde, and here his famed quips--many flown in from other plays--flourish in wild abundance. Johansson is a knockout, and there are lots of elegant costumes and intricately decorated Italian villas, all captured in an enticingly dusky cinematographic style. Performances vary in stylistic approach, with Wilkinson carrying the day as the well-intentioned, self-effacing Tuppy, the vulnerable human center of this dizzying ring of barbed witticisms and elegant subterfuge.

Girl with a Pearl Earring
$12.80 Super Savings
Add to Cart