This tantalizing tale posits what may have happened to the famed writer Agatha Christie during her real-life 11-day disappearance in 1926. What really happened? The world doesn't know and Dame Agatha never told. 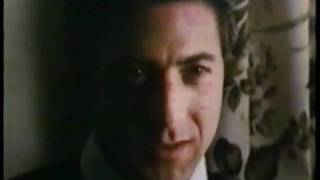 Agatha Christie is generally considered the Queen of Crime Fiction. Her novels, stories and plays bamboozle legions of murder aficionados with complex plotting and dazzling denouements. But no mystery she ever wrote surpassed the one she lived. This tantalizing tale posits what may have happened to the famed writer during her real-life 11-day disappearance in 1926. Dustin Hoffman plays a brash American journalist who tries his own hand at sleuthing when he sets out the find the missing novelist (Vanessa Redgrave), a shy, introspective woman whose marriage to a war hero (Timothy Dalton) has foundered. What really happened? The world doesn't know and Dame Agatha never told. But as suspensefully directed by Michael Apted (Coal Miner's Daughter, Gorky Park), Agatha offers a spellbinding solution.

In December 1926 famed mystery writer Agatha Christie disappeared, setting off speculation that she had either committed suicide or had been murdered. When she was found 11 days later, she claimed to have suffered amnesia, which many did not believe. AGATHA imagines what might have happened in those "lost" days. Vanessa Redgrave subtly portrays the shy Christie, while Timothy Dalton gives a creepy performance as her philandering, arrogant husband. Dustin Hoffman plays an ace American reporter determined to track down the mystery writer by any deception necessary. An effective re-creation of 1920s England, AGATHA unfolds like the best of Christie's mysteries, with Hoffman as the Hercule Poirot or Miss Marple character. Although many of the incidents in the film stretch the imagination, some of the details have been confirmed by statements from Christie's relatives and recent books published on the subject; AGATHA is based on a book of the same name by Kathleen Tynan. For director Michael Apted, who has made both documentaries (7 UP series) and mainstream films (THE WORLD IS NOT ENOUGH), AGATHA demonstrates his dual interests, as it succeeds in blurring the boundaries between true life and fiction.

An imaginative fictional speculation on the 1926 disappearance of mystery writer Agatha Christie and an American reporter's attempt to find her. Her absence caused widespread furor in England, and no one ever discovered what really took place, in this effective recreation of the era by director Michael Apted (SEVEN UP series), starring Vanessa Redgrave and Dustin Hoffman.

Murder on the Orient Express
$10.30
Add to Cart