Stacy and Melissa are in search for the world's most endangered species... The Perfect Man. 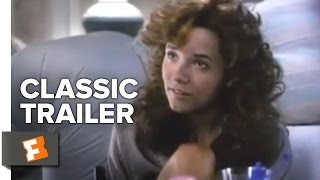 Who says having sex isn't a laughing matter? Certainly not the ready-for-anything Stacy (Lea Thompson) or her somewhat repressed friend Melissa (Victoria Jackson). They're two very contemporary women reluctantly confronting today's changing social and sexual attitudes. Determined to develop a deep and meaningful relationship with a man not afraid to make a commitment, Stacy and Melissa take a vacation at a plush health resort where they hope to find the Perfect Man. Unfortunately, they are continually confronted be men who wilt at the thought of anything other than casual sex. This is an all-too-true comedy that takes a hilarious look at singles life.

A comedy about the trials and tribulations of being single and female in the late 1980s. Stacy and Melissa are two unattached young women who take a vacation at an island fitness spa in hopes of meeting men. As they fend off a succession of not-so-desirable males, Stacy and Melissa talk candidly -- and graphically -- about mating from the woman's perspective. They lament the lost days of casual, carefree sex while still yearning for more fulfilling relationships.