Canadian officer Pedley slaps the cuffs on an accused murderer, mountain man Jules Vincent. As the Mountie and his dog team mush onward to take Vincent to justice, an avalanche, a marauding wolf pack, temperatures of -38? and more perils await them. 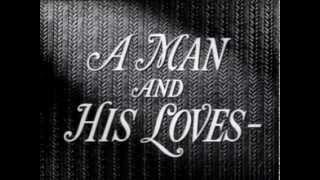 Canadian officer Pedley slaps the cuffs on an accused murderer, mountain man Jules Vincent. The captive offers no resistance. Mother Nature will. As the Mountie and his dog team mush onward to take Vincent to justice, an avalanche, a marauding wolf pack, temperatures of -38? and more perils await them. Survival depends on the man who knows the mountains and ravines best - Pedley's prisoner. Stewart Granger portrays Vincent and Wendell Corey is Pedley in an eye-filling adventure (with location filming in Sun Valley, Idaho) that also stars Cyd Charisse. Andrew Marton, co-director of Granger's King Solomon's Mines, helms the brawny survivalist action.

Filmed on location in Canada, THE WILD NORTH stars Stewart Granger as renegade trapper Jules Vincent. Forced to kill in self-defence, Vincent hides out in the wilderness, obliging RCMP constable Pedley (Wendell Corey) to chase after him in some of the most treacherous territory in Northern America. After braving the elements and various wild animals, Vincent and the wounded Pedley are compelled to join forces in order to survive their ordeal. Though his common sense advises him to leave Pedley to die, Vincent's essential decency wins out, and the trapper struggles against the odds to bring the constable back to civilization. Third-billed Cyd Charisse does a little box-office duty in the thankless role of an Indian maiden smitten by Vincent's charms.

Adventure | Prison / Prisoners | Wilderness | Murder | Health | Love | Self-Defense
This product is made-on-demand by the manufacturer using DVD-R recordable media. Almost all DVD players can play DVD-Rs (except for some older models made before 2000) - please consult your owner's manual for formats compatible with your player. These DVD-Rs may not play on all computers or DVD player/recorders. To address this, the manufacturer recommends viewing this product on a DVD player that does not have recording capability.