Rolling Stone: 3 stars out of 5 -- "[She] fills her third album with sleek dance-pop songs build around Cool and Dre's deft club-rocking beats." 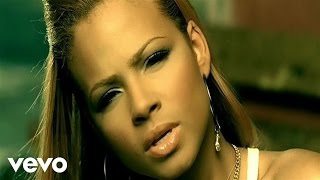 SO AMAZIN' is the follow-up to It's About Time(June 2004), a breakthrough for Christina with more than half the songs co-written by Christina. It's About Timedebuted at #14-bullet on the Billboard 200 on the strength of its first hit single, 'Dip It Low.' 'Dip It Low,' which peaked at #1 on the Dance Club Singles chart, and #3 on the Billboard Hot 100, was nominated for a 2004 Grammy Award as Best Rap/Sung Collaboration, while It's About Timewas nominated as Best Contemporary R&B Album. With her album bulleting up the charts through the summer and fall of 2004, Christina hit the road to open the North American tour schedule for Usher and Kanye West. With SO AMAZIN' on the horizon, Christina is also gearing up for the release of her next movie project. Pulse, (Weinstein Company) a horror mystery thriller directed by Jim Sonzero (War Of the Angels), and based on Kiyoshi Kurosawa's Japanese film Kairo, is scheduled for release in July. Pulse marks Christina's 8th major film role since 1990, the most recent of which were Elmore Leonard's Be Cool (2005, with John Travolta and Uma Thurman), Man Of the House (2005, with Tommy Lee Jones), video director Joseph Kahn's Torque (2004, with Ice Cube and Dane Cook), Troy Beyer's Love Don't Cost a Thing (2003, with Nick Cannon), and Ashton Root's Durango Kids (1999, with Larry Drake). 'Singing and acting are both my passions,' she has said of her twin career paths, 'and they go hand in hand.'