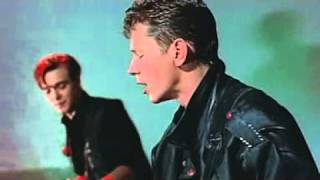 Taking full advantage of their current renaissance, recently reunited Australian synth pop pioneers Icehouse follow up their string of well-received festival appearances and remastered reissues with this extensive retrospective, White Heat: 30 Hits. While not as comprehensive as 1995's three-disc The Singles, it still contains pretty much everything any casual fan needs to know, with nearly all of their official single releases included, from their debut chart hit "Can't Help Myself" to their European breakthrough "Hey, Little Girl" to their John Oates-penned U.S. smash "Electric Blue." With the exception of 1995 covers album The Berlin Tapes, all nine of their studio albums are represented here, from 1980's self-titled first offering (originally released under the guise of Flowers) to 1986's Brian Eno-featuring Measure for Measure ("No Promises") to their sole chart-topper Man of Colours ("Electric Blue") to 1993's Big Wheel (swan song release "Invisible People"). There are a few curiosities along the way, with instrumental "Glam" replacing "Uniform" as the fourth contribution from 1982's Primitive Man (virtually a solo project from frontman Iva Davies), while 1981 single "Love in Motion," the first track recorded under the Icehouse name, appears here twice, in both its original form and as a duet with the Divinyls' Christina Amphlett (from the 1992 hits collection Masterfile). But with an an all-encompassing track list, handily compiled in chronological order, it's still the most essential beginner's guide to one of Sydney's biggest homegrown '80s acts. ~ Jon O'Brien