All About Eve (Criterion Collection) (Blu-ray)

It's all about women... and their men! 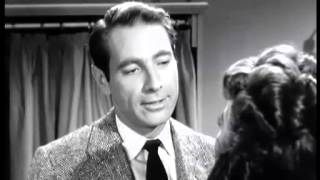 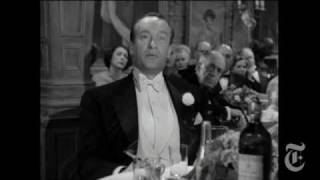 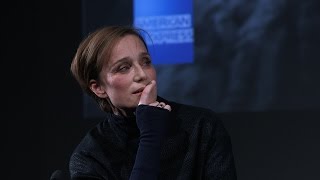 Kristin Scott Thomas on All About Eve | BFI (Featurette)

"Fasten your seat belts, it's going to be a bumpy night."
- Margo Channing (Bette Davis).
"That's all television is, dear--just auditions."
- Addison DeWitt (George Sanders) to Miss Casswell (Marilyn Monroe)
"That I should want you at all suddenly strikes me as the height of improbability... you're an improbable person, Eve, but so am I. We have that in common. Also a contempt for humanity, an inability to love or be loved, insatiable ambition--and talent. We deserve each other."
- DeWitt to Eve (Anne Baxter)
"The bed looks like a dead animal act."--Birdie (Thelma Ritter)

"What a story! Everything but the bloodhounds snappin' at her rear end!"
- Birdie
"I have lived in the theater as a Trappist monk lives in his faith. In it I toil not, nor do I spin. I am a critic and a commentator. I am essential to the theater--as ants to a picnic, as the boll weevil to a cotton field."
- DeWitt
"Everybody has a heart--except for some people."
- Channing
"Fasten your seatbelts. It's going to be a bumpy night."

Given that she throws tantrums, gets intoxicated, and pushes people away when she needs them the most, it's a wonder New York theater star Margo Channing has any true friends. But when Eve Harrington, Margo's young and innocent-seeming protégée, schemes to gain both the affection of Margo's friends and a starring role originally written for Margo, the actress discovers just who is in her corner--and who is not. Released in 1950, ALL ABOUT EVE's power radiates undimmed through the years. The role of aging stage star Margo Channing is considered by many to be the best of Bette Davis's career, as Davis reveals and conceals Margo's vulnerabilities with a skill seldom seen onscreen. Anne Baxter is also marvelous as the subtle Eve, whose glowing enthusiasm masks a cold, calculated ambition. Both actresses garnered Best Actress Oscar nominations, and the film in its entirety took 14 nominations, winning seven of them, including Best Picture, Best Director, and Best Screenplay. George Sanders was awarded Best Supporting Actor for his biting portrayal of potent, nasty theater critic Addison DeWitt. Consistently listed among the best films of all time, director-writer Joseph L. Mankiewicz's ALL ABOUT EVE shouldn't be missed; the acting, writing, and directing are unequivocally brilliant.

An unforgettable, acerbic look behind the scenes of New York theater, ALL ABOUT EVE depicts the glory days, even as it reveals its denizens' naked ambition as they stand always-in-the-ready to topple the current talent and step into the limelight. Bette Davis mesmerizes as Margo Channing, leading dame of the New York stage until she is pushed aside by a fresh-faced fan who becomes her understudy, the duplicitous Eve (Anne Baxter). Eve's humble background and eager innocence fools all while she subtly digs in her claws, tearing Margo from her friends and colleagues as she desperately grasps her chance for stardom. Wit and sarcasm, though touched with pathos, reign supreme as the determined diva and diva-in-training duke it out. George Sanders as the viperish theater columnist is oily perfection, winning an Oscar for his portrayal. The film won seven Academy Awards, including Best Picture, and Best Director and Best Screenplay prizes for director-writer Joseph L. Mankiewicz. Both Davis and Baxter were nominated for Best Actress Oscars for their superb
performances.

What Ever Happened to Baby Jane? (Blu-ray)
$18 on Sale
Add to Cart