If you can't sleep at night, it isn't the coffee - it's the bunk! 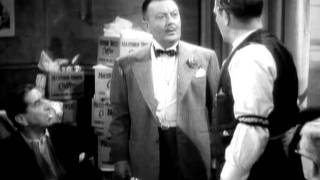 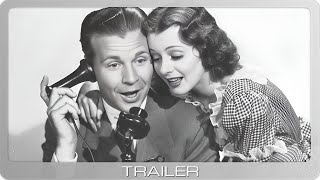 In Preston Sturges' second film, CHRISTMAS IN JULY, a practical joke propels a hard-working New York couple into a financial and ideological fiasco that challenges the concepts of talent, destiny, and the value of validation. The simple yet soon-to-be-complicated plot sees two lovers sitting on the roof on a hot New York City night, arguing about money. The beautiful girl, Betty (Ellen Drew), attempts to sell her grumpy and hardscrabble fiancé Jimmy (Dick Powell) on the merits of a one-room apartment, when all the while he is desperately attempting to hear the radio, which promises to announce the $25,000 winner of a slogan contest for a local coffee company. The next day when a trio of prankster coworkers forge a telegraph telling him that he has won, Jimmy and Betty are swept into a changed world, one in which long-suffering struggles are validated and self-doubts are dispelled. Jimmy finds himself respected by his boss, placated by his peers, and the landscape of New York City is transformed from an obstacle course to a land of opportunity, only to be thrust back into bleak reality when the hoax is revealed.