No one thought she had the courage, the nerve, or the lingerie.

12K ratings
Currently Out of Stock: We'll get more as soon as possible
Notify Me When Available
Add to Wishlist
Format:  DVD-R
sku:  6WXY9
Our customers love us! 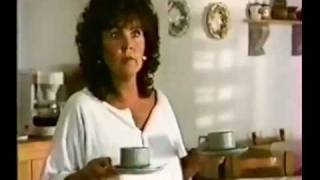 Overcome by the drudgery of everyday domestic life, housewife Shirley Valentine (Pauline Collins) wishes for a change of pace. When her best friend Jane (Alison Steadman) invites her on a free trip to Greece, she simply cannot refuse. After a few days of lounging on golden Mediterranean beaches, Shirley is back to her sprightly old self, and when she meets Costas Caldes (Tom Conti), the two engage in an unforgettable love affair which will change their lives forever.

Director Lewis Gilbert does an amazing job converting this one woman stage play into an exotic and heartfelt film. As always, Gilbert impresses with his unique fly-by cinematography, beautifully displaying the lidos and sandbars of the Aegean Sea. Best of all, however, are the effortless performances from Pauline Collins and Tom Conti, as their characters fall in love and go from frustrated adults to giddy teenagers, proving it's never too begin life again.

An unpredictable, wisecracking but bored English housewife accepts an invitation from a friend to vacation in Greece and rediscovers her zest for life and love.