Zeppelins. Bombs. Bordellos. Burials. You name It. We have It. 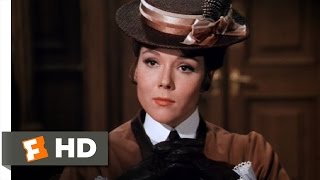 Basil Rearden's little-seen crime caper THE ASSASSINATION BUREAU is a tongue-in-cheek action-comedy about a society of assassins operating in early-1900s England. Post-AVENGERS Diana Rigg stars as the prim and proper Miss Winter, an aspiring reporter who stumbles upon the covert organization and sets out to expose the group with the help of aristocratic newspaper publisher Lord Bostwick (Telly Savalas, sporting a faux British accent). After meeting with bureau leader Ivan Dragomiloff (Oliver Reed), Winter challenges the assassin to a game of cat and mouse that sweeps across pre-WWI Europe from the brothels of Paris to the palaces of Venice--unaware that Bostwick has some shady motivations of his own.

A caper comedy, inspired by the book "The Assassination Bureau Limited," co-written by adventure novelist, Jack London. Oliver Reed plays Ivan Dragomiloff, the head of an organization, started by his late father, which assassinates political figures, on assignment. When Miss Winter, an intrepid, liberal, female reporter offers him the challenge of assigning his own execution, Ivan sees it as a golden opportunity to find out just how competent his international staff really is, and accepts. A madcap chase throughout Europe is the result, with Miss Winter following Ivan's every move.

The Thanksgiving Treasure / The House Without a Christmas...
$13 Super Savings
Add to Cart