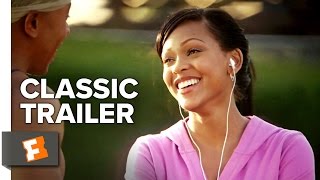 What is the difference between a gang and a team? DJ Williams (Columbus Short) is forced to confront this question, along with the usual post-adolescent romantic and family conflicts, when his well-meaning uncle (Harry Lennix) enrolls him at his Atlanta alma mater, Truth University. His enrollment is part of a plea bargain that will save him from being imprisoned, and it is also a last resort to rescue him from the LA gang life that has already claimed his beloved brother. An avid and remarkably gifted hip-hop dancer, DJ is quickly solicited by two fraternities who want to make use of his skills on their respective step teams. DJ resists at first, equating fraternities and stepping as stultifying, upper-class activities.

Eventually DJ warms to the underdog fraternity and, with his amazing krumping, clowning, and breaking, transforms the team. More importantly, the team transforms him, providing a creative outlet and a character-building support network that help cushion the blows life keeps dealing. While the drama incorporates many overly familiar themes and subplots, the main hook is the spectacular step dancing, shot in a dynamic, quick-cut style that emphasizes the muscularity, inventiveness, and stirring teamwork required. The final quotation from Dr. Martin Luther King drives home the film's message: "Intelligence plus character--that is the goal of true education."

After the death of his younger brother, a troubled 19-year-old street dancer from Los Angeles is able to bypass juvenile hall by enrolling in the historically black, Truth University in Atlanta, Georgia. But his efforts to get an education and woo the girl he likes are sidelined when he is courted by the top two campus fraternities, both of which want and need his fierce street-style dance moves to win the highly coveted national step show competition. -- Description provided by TMDb