Every man fights his own war.

315K ratings
Currently Out of Stock: We'll get more as soon as possible
Notify Me When Available
Add to Wishlist
Format:  Blu-ray
sku:  35R63
92% recommend us! 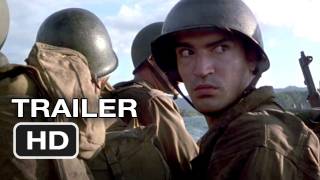 Terrence Malick returns to Hollywood after a two-decade hiatus with this adaptation of the classic WWII novel by James Jones. The story follows the efforts of an army platoon to capture the Japanese-controlled island of Guadalcanal in the Pacific Ocean, which will have a major effect on the outcome of the war. The members of C-for-Charlie Company are all fighting for different reasons: some to achieve glory, some to fight for democracy, and some simply to remain alive. They spend the quieter moments reflecting upon their existence, searching for meaning amid the senselessness of war.

Malick's reputation as one of cinema's most brilliant directors, based on his masterworks BADLANDS and DAYS OF HEAVEN, enabled him to pull together one of the largest ensemble all-star casts in Hollywood history. The result is a sprawling epic that carries itself like a poem read in a dream, a feeling that is greatly enhanced by John Toll's floating camerawork and Hans Zimmer's haunting score. Rather than concentrating solely on the violence and destruction of war, Malick uses the situation to address philosophical questions such as man versus nature, war versus peace, and good versus evil. THE THIN RED LINE proves that after a 20-year layoff, Malick hasn't lost a step.

Terrence Malick's return to the director's chair after a 20-year absence is a challenging, philosophical, epic poem that already stands as a historic cinematic achievement. Continuing the blend of abstracted intellect and pure, honest emotion that he established with his previous 1970s classics, BADLANDS and DAYS OF HEAVEN, this adaptation of the James Jones novel feels like a nostalgic dream. Stellar contributions from John Toll and Hans Zimmer, along with the floating voice-overs of the characters, combine to create a thoughtful, sensitive reflection on the nature of man and the absurdity of war.