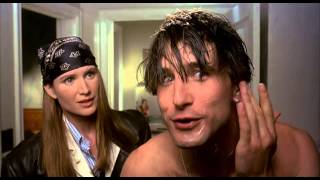 When a woman's lesbian lover leaves, she hires a gigolo to seduce her lover, mistreat her, and send her back home. Simple enough, except the stud falls for his bisexual quarry and doesn't want her to leave. Starring Sherilyn Fenn, Kelly Lynch, and William Baldwin.

When Connie is dumped by her girlfriend Ellen, she hires a handsome, charismatic escort named Joe to break Ellen's heart. Joe is a smooth-talking Don Juan who goes by the motto "any woman, any time, guaranteed." Once Joe rejects Ellen, Connie is certain she'll come running back into her loving arms. But sometimes even the best-laid plans don't work out quite the way you expect.