Having a wonderful time In Tokyo!

2.1K ratings
Currently Out of Stock: We'll get more as soon as possible
Notify Me When Available
Add to Wishlist
Format:  DVD-R
sku:  6X4CF
Also released as:
Blood On The Sun for $5.95
Our customers love us! 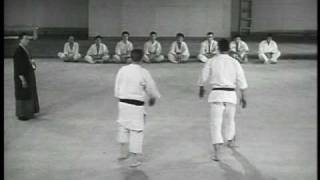 BLOOD ON THE SUN stars James Cagney as Nick Condon, an American newspaper editor working in Japan between World War I and World War II. While investigating the double murder of a fellow reporter and his wife, Condon discovers the insidious Tanaka Plan, which plainly states the Japanese aims of world domination. If he is to warn the world about the Japanese plot, he must stay alive and out of the hands of the secret police with the help of Iris (Sylvia Sidney), a beautiful Chinese-American spy. From his tender scenes with Iris to his action-packed jujitsu fights with the Japanese secret service, Cagney's performance is a masterpiece. Theodore Sparkul's high-contrast film noir lighting is among the best of the 1940s, as is the quick-paced editing in this critically acclaimed thriller from veteran director and two-time Oscar winner Frank Lloyd (CAVALCADE, MUTINY ON THE BOUNTY).