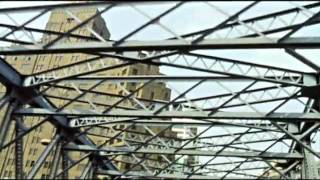 New York Times - 11/08/2000
"...[Zhou Xun is] stunning....SUZHOU RIVER offers [a] captivating atmosphere..."
Total Film - 12/01/2000
"...Classily played and poetic, in its imagery of back-alley Shanghai and daring story-telling, SHUZHOU RIVER is a fine testimony to the vigour of China's younger generation of filmmakers..."
Sight and Sound - 12/01/2000
"...A seductive and atmospheric conundrum that works pleasingly as an exercise in storytelling..."
Los Angeles Times - 11/10/2000
"...An assured exercise in high cinematic style....Alive and dramatic....With its jump cuts, jazzy camera work and an intricate storytelling style that never stops to catch its breath, SUZHOU RIVER exults in visual razzle-dazzle..."

With SUZHOU RIVER, director Lou Ye has created an intense, jerky visual and narrative style that captivates viewers and pulls them into the mystery of the film's dreamy, alluring tale of love and mistaken identities. The narrator--the voice behind the camera (literally) who occasionally sticks his hand out in front of the lens to spraypaint a stencil on the side of a building or pick up a drink from the bar--guides the viewer along the banks of the heavily polluted and industrialized Suzhou River, which winds precariously through Shanghia, setting the scene for the major action of the film's plot. Back in his apartment, he tells the sad story of Marda (Jia Hongshen), a bicycle messenger who falls madly in love with a young girl named Moudan (Zhou Xun). Marda becomes entangled with a messy crime gang that forces him to kidnap Moudan and demand ransom money from her rich father. Moudan escapes from him before he receives the money and jumps into the poisonous river, promising that one day she'll return as a mermaid. Marda serves a three-year jail sentence for his crime, wracked with grief about causing Moudan's supposed death. Upon his release, he walks into a nightclub and sees a woman performing an underwater mermaid act in a tank. She looks exactly like Moudan, but she is named MeiMei (also played by Zhou). Coincidentally, MeiMei is dating the cameraman-narrator, bringing the plot full circle. An enticingly surreal film that is successful primarily for its narrative twists, SUZHOU RIVER shares many thematic elements with Alfred Hitchcock's VERTIGO.