Two for the Road

They make something wonderful out of being alive! 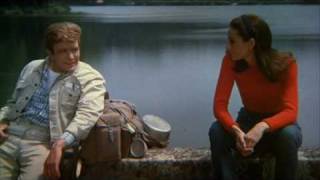 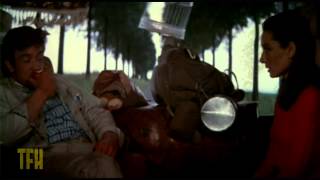 Dan Ireland on TWO FOR THE ROAD (Featurette)

After 12 years of marriage, British couple Audrey Hepburn and Albert Finney find themselves wondering whether they should continue forward through life together or go their separate ways. Bickering and bliss get equal time as husband and wife remember the past in its sunny and stormy times, and this perceptive tale of the struggle to create and maintain a fulfilling marriage rings true in nearly every scene.
Seven years earlier, director Stanley Donen explored the stress fractures in marriage with Cary Grant, Deborah Kerr, and Robert Mitchum in the marvelously keen dramatic comedy THE GRASS IS GREENER, and Donen returned to the subject again in the early 1980s in BLAME IT ON RIO with less empathy and more nudity. TWO FOR THE ROAD, however, has always been the most popular of this trio of films about marriage on the rocks, as Hepburn and Finney give winning performances of partners who love each other but aren't sure they're in love anymore. Screenwriter and novelist Frederic Raphael's sparkling screenplay gives the movie zest and poignancy.

While flying from England to France to meet her architect husband for a vacation, Joanna Wallace reflects on the past 12 years of their relationship. She specifically recalls the three times that they made this journey together: the first time at the start of their relationship, the second when she was pregnant with their first child, and the third when they were beginning to grow apart.

Wait Until Dark
$19
Add to Cart

The Awful Truth
$28
Add to Cart