The Boys in the Band R

5.9K ratings
Currently Out of Stock: We'll get more as soon as possible
Notify Me When Available
Add to Wishlist
Format:  DVD
item number:  JQEK
Also released as:
The Boys in the Band (Blu-ray) for $23.80
91% recommend us! 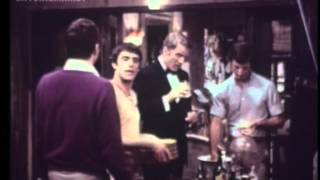 The Boys In The Band (1970) Trailer | William Friedkin

"As my father said to me when he died in my arms: 'I don't understand any of it; I never did.'"
- Michael (Kenneth Nelson) to Donald (Frederick Combs)

Based on Matt Crowley's play of the same name, THE BOYS IN THE BAND is a hilarious farce that focuses on the personal mores and identity politics of a group of gay friends at a private birthday party in Manhattan. Released one year after Federico Fellini's SATYRICON, BOYS reflects director William Friedkin's youthful admiration of the personal European films many American directors were emulating at the time. Michael (Kenneth Nelson) is throwing a birthday party for his scathingly self-deprecating friend Harold (Leonard Frey), and the exclusive circle of friends invited are all gay men, all of whom suffer some form of the identity crises imposed by an intolerant society that requires complicit suppression. The release from social preoccupations behind closed doors results in an alcohol-induced claustrophobia, and when an unexpected visit from Michael's straight college friend takes everyone by surprise, unspoken personal revelations come boiling to the surface. With the sort of lively and rabid repartee of an Oscar Wilde play combined with the dark, psychological stalking of Edward Albee/Mike Nichols WHO'S AFRAID OF VIRGINIA WOOLF', THE BOYS IN THE BAND is Friedkin's most accomplished, and final, European-influenced, auteurist effort before he turned to genre and self-described commercial filmmaking.

William Friedkin's THE BOYS IN THE BAND is the film version of Mart Crowley's popular Broadway play. Relationships are strained and tempers are tested in this moving and important film, which used the original Broadway cast. The story revolves around a birthday party that is thrown for a gay man by some of his gay friends. The accidental invitation and subsequent arrival of a straight friend causes everyone to rethink their roles in relationships.