Welcome to Atlantis, the Lost Continent, where royal guardsmen wear uniforms that could easily be from the wardrobe of Ming the Merciless and where some unfortunate slaves are turned into bovine-headed beasts. 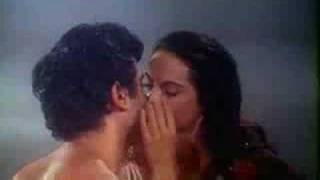 Trailer for the Movie: Atlantis, the Lost Continent (1961) 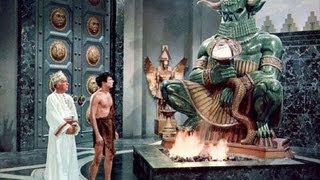 Rejoice, citizens of Atlantis! Princess Antillia, lost upon uncharted seas, has been guided home by intrepid Greek fisherman Demetrios. In a strange act of Atlantean gratitude, Demetrios is cast into slavery. He will endure the macabre House of Hell. Fight for his life before a cheering arena throng in the Ordeal of Fire and Water. And rescue the princess again as they flee the realm's volcanic doom. Welcome to Atlantis, the Lost Continent, where royal guardsmen wear uniforms that could easily be from the wardrobe of Ming the Merciless and where some unfortunate slaves are turned into bovine-headed beasts. Yes, that kind of movie: popcorn-worthy and spearheaded by legendary fantasy film producer George Pal (The War of the Worlds, The Time Machine).

Journey to Atlantis, a land of wonders beyond compare and evil beyond imagining. Marvel at the destruction of Atlantis.

Adventure | Disaster | Futuristic | Science-Fiction | Thriller | Theatrical Release
This product is made-on-demand by the manufacturer using DVD-R recordable media. Almost all DVD players can play DVD-Rs (except for some older models made before 2000) - please consult your owner's manual for formats compatible with your player. These DVD-Rs may not play on all computers or DVD player/recorders. To address this, the manufacturer recommends viewing this product on a DVD player that does not have recording capability.

The Black Shield of Falworth
$19
Add to Cart

Master of the World
$19
Add to Cart