Every summer Chevy Chase takes his family on a little trip. This year he went too far. 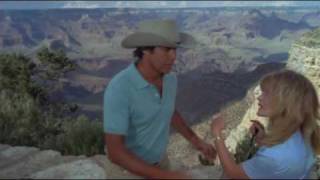 Join the Griswolds, a typical suburban family, on their summer vacation, a cross-county trip to their favorite amusement park, Walley World. Everything that can go wrong does go wrong in this outrageous farce, featuring the comic genius of Chevy Chase as the desperate dad looking for fun and Beverly D'Angelo as his willing wife. As they wind their way across the country, the Griswolds are forced to survive a series of absurd events and wacky detours. By the time they finally reach the gates of Walley World, they are more desperate for fun than ever.

The Griswolds are determined to make it to Walley World, their favorite amusement park, in this riotous story of an average American family on a road trip. From the moment they pile into their beat-up car and set off on their cross-county adventure, everything that can go wrong does. Chevy Chase is sublimely funny as Clark Griswold, the desperate dad determined to have a good time. With his cynical kids (Anthony Michael Hall and Dana Barron) packed into the backseat and his willing wife (Beverly D'Angelo) by his side, he is ready for the trip of a lifetime. Clark has planned the trip down to the minute, including interesting side trips, like looking at the world's biggest ball of twine. As his plans deteriote and one disaster leads to another, the Griswolds run across an insane cast of characters on the highways and biways between Chicago and California, including a zany cousin played by Randy Quaid and an aunt (Imogene Coca) who never quite ends up where she expected. When they finally make it to Walley World, the Griswolds are determined to have a good time, at any cost. John Candy's cameo as a security guard is hysterical. Director Harold Ramis never lets up the pace as the Griswolds' family vacation spirals way out of control.