The doctor blew it--the most fantastic medical experiment of the age. 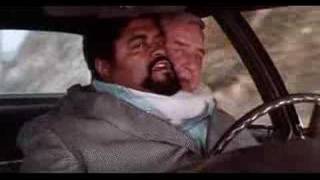 The Thing With Two Heads (Trailer) 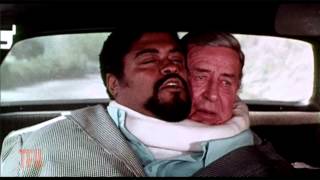 Stuart Gordon on THE THING WITH TWO HEADS (Featurette)

When an incredibly rich racist (Ray Milland) discovers that he's dying, he decides to have his head transplanted onto another body, but his health slips away too fast for him to make any concrete plans. When he wakes up, he's a little irked that his bigoted head has been sewn onto the body of a black death-row inmate, played by the inimitable Rosey Grier (the famous football player who enjoys knitting). THE THING WITH TWO HEADS is the camp classic to end all camp classics, an uproarious film that has a large, dedicated cult fan base. The special effects team even includes a very young Rick Baker, who went on to revolutionize the use of SFX in film. While not exactly THE DEFIANT ONES or IN THE HEAT OF THE NIGHT, this surreal, absurd, impossible-not-to-love film hits 1970s racism right on the head--er, or is that heads'--leaving willing audiences with an unforgettable cinematic experience.