All 21 Exciting Adventures in a 4-Disc Collection starring Thundarr and his companions Ookla the Mok and Princess Ariel. Using their strength, courage and wits plus Thundarr's magical Sunsword, they journey from village to village. 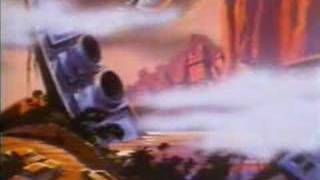 Man's civilization is cast in ruin when a runaway planet speeds between the Earth and the Moon, unleashing cosmic destruction. Two-thousand years later, Earth is reborn from the ashes with a savage landscape, strange creatures and a primitive sense of justice. But one man fights to spread peace throughout the land: he is Thundarr the Barbarian and you can own All 21 Exciting Adventures in a 4-Disc Collection starring Thundarr and his companions Ookla the Mok and sorceress Princess Ariel. Using their strength, courage and wits plus Thundarr's magical Sunsword, they journey from village to village, liberating slaves and battling all kinds of beasts, mutants, wizards, thieves and robots. The future of Earth may be shrouded in darkness, but Thundarr the Barbarian bursts into action as a shining symbol of hope for humanity.

Frankenstein Jr. and the Impossibles - Complete Series... (DVD-R)
$24 on Sale
Add to Cart

Valley of the Dinosaurs - Complete Series (Hanna-Barbera... (DVD-R)
$24 on Sale
Add to Cart