A Thunder of Drums

"Bachelors make the best soldiers," declares Capt. Stephen Maddocks, who knows the West can only be tamed by men as single-minded as he is. He has no patience for love triangles. 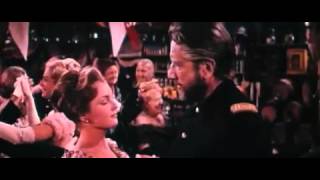 Thunder of Drums, A Original Trailer

"Bachelors make the best soldiers," declares Capt. Stephen Maddocks (Richard Boone), who knows the West can only be tamed by men as single-minded as he is. So with renegade Indians on the warpath, he has no patience for the love triangle that erupts between greenhorn officers (George Hamilton and James Douglas) and a beauty (Luana Patten) promised to one of them - or for the chaos he knows it will cause. Written by James Warner Bellah, whose stories were the source for John Ford's Calvary Trilogy, A Thunder of Drums thunders with Western action and human passions. The standout cast includes Richard Chamberlain (right at the time he became TV's Dr. Kildare), '50s guitar legend Duane Eddy, Slim Pickens and, a year after his breakthrough in The Magnificent Seven, Charles Bronson.

In this western, an idealistic and naive rookie cavalry officer is assigned to work with a cruel captain. He immediately gets on the crabby captain's bad side by trying to restart an affair with his ex-sweetheart. The woman is engaged to another who ends up getting killed by the Indians. This rookie, blaming himself for distracting the slain officer with his overtures to the officer's fiance, volunteers to act as a decoy to lure the renegade Apaches into a trap. It works, but many soldiers die. After the skirmish, the rookie has become a seasoned officer prepared to take his duties seriously. Back at the fort, he bids farewell to the woman as she begins her long journey back east.

Love Triangle | Military | Love Triangles | Native Americans
This product is made-on-demand by the manufacturer using DVD-R recordable media. Almost all DVD players can play DVD-Rs (except for some older models made before 2000) - please consult your owner's manual for formats compatible with your player. These DVD-Rs may not play on all computers or DVD player/recorders. To address this, the manufacturer recommends viewing this product on a DVD player that does not have recording capability.