Rolling Stone: 3.5 stars out of 5 -- "The best moments create wry poetry in the space between aging, desire and nostalgia..." 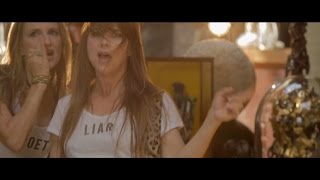 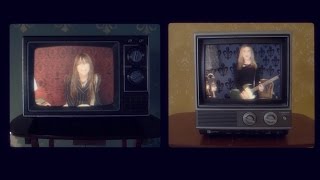 Rolling Stone
3.5 stars out of 5 -- "The best moments create wry poetry in the space between aging, desire and nostalgia..."
Paste (magazine) - "Crashing beats, raw electric guitars, thick harmonies and great hooks pull punk's pop innocence over the hot coals of rock 'n' roll."
Pitchfork (Website) - "It's clear that Post and Gordon are exhilarated about reuniting, and that joy is Ghost Notes' main theme."

Audio Mixer: Brad Wood .
Recording information: Seagrass Studio.
Given how effortlessly great Veruca Salt sound on Ghost Notes, it'd be easy to say that it seems like no time passed between this album and 1998's Eight Arms to Hold You, the last time the band's original lineup recorded together. However, that would be doing Louise Post, Nina Gordon, Steve Lack, and Jim Shapiro a disservice: their reunion couldn't have sounded this vital and confident without that time apart. They sound as sweet and heavy here as they did on American Thighs -- not coincidentally, they recruited that album's producer, Brad Wood, to work on Ghost Notes -- but also tougher and more focused. "The Gospel According to Saint Me" is a snarling statement of purpose that suggests Thighs' "All Hail Me" with a clearer vendetta; "Laughing in the Sugar Bowl" thrums with a newfound urgency; and "I'm Telling You Now" and "Eyes on You" are some of the finest examples yet of their smart, tart power pop. Throughout the album, Veruca Salt find more expression in their mix of alternative (it feels wrong to call them indie) and hard rock leanings than they have in years; the cowbell, driving piano, and head-banging choruses of "Come Clean, Dark Thing" don't just feel natural, they feel necessary. Veruca Salt harness that fist-pumping power to some of their most potent songwriting, exploring anger, freedom, and loss with a clarity that was missing on 2006's IV, Post's last album with the band. With barbed eloquence, Ghost Notes expresses how entangled independence and loneliness can be: "I can't breathe when you're right on top of me," Post sings over tumbling riffs on the giddy "Love You Less"; on "Prince of Wales," she gives that sentiment an aching twist as she sighs "I remember the weight of you." Here and on "The Sound of Leaving" and "Lost to Me," Post and the rest of the band reaffirm that their quieter side can be just as compelling as their anthems. It's more than a little ironic that Veruca Salt's reunion consists largely of songs about falling apart, and perhaps even more so that they sound so joyful while playing them, but Ghost Notes is their most consistent -- and consistently enjoyable -- album yet. ~ Heather Phares