There is nothing more human than the will to survive 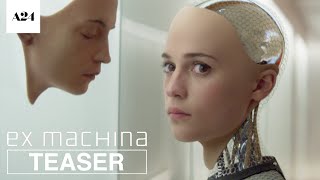 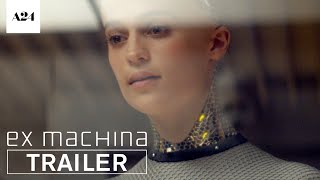 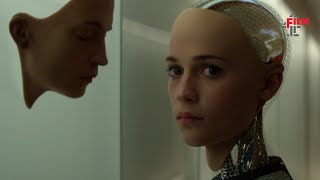 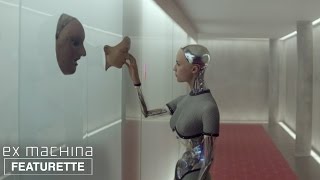 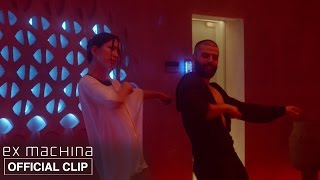 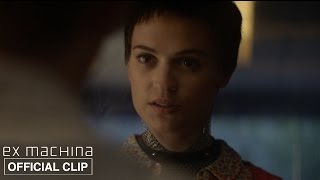 Ex Machina | What Will Happen If I Fail Your Test? | Official Movie Clip HD | A24

Total Film - 01/19/2015
5 stars out of 5 -- "[A] chrome-slick, ultra-contemporary thriller set in era where technology can make geniuses into gods....Oscar Isaac charms and unnerves as reclusive prodigy Nathan..."
Empire - 01/16/2015
4 stars out of 5 -- "Stylish, elegant, tense, cerebral, satirical and creepy. Garland's directorial debut is his best work yet..."
Hollywood Reporter - 01/16/2015
"EX MACHINA looks sleek, shiny and remarkably slick for a directing debut."
Variety - 01/16/2015
"[T]he film looks and sounds immaculate at every turn, with its contained, interior-based three-hander structure permitting the money to be lavished less on locations and more on eerily vivid digital and prosthetic effects.
Sight and Sound - 02/01/2015
"[The] sense of uncertainty, of boundaries being elided, is enhanced by Geoff Barrow and Ben Salisbury's shimmering, glissading score..."
A.V. Club - 04/09/2015
"Garland creates and sustains a credible atmosphere of unease and scientific speculation, defined by color-coded production design..."
Los Angeles Times - 04/09/2015
"Shrewdly imagined and persuasively made, EX MACHINA is a spooky piece of speculative fiction that's completely plausible, capable of both thinking big thoughts and providing pulp thrills."
Entertainment Weekly - 04/09/2015
"EX MACHINA is beautiful and ominous and features another delicately nuanced performance from Isaac, who’s quickly making a habit of them." -- Grade: B
Rolling Stone - 04/09/2015
3 stars out of 4 -- "EX MACHINA springs surprises that will haunt you for a good long time."
Chicago Sun-Times - 04/16/2015
3.5 stars out of 4 -- "The Swedish actress Alicia Vikander infuses Ava with the just the right mixture of iciness, vulnerability and mystery. It’s a star-making performance."
USA Today - 04/11/2015
3.5 stars out of 4 -- "[A] stylish, tense and terrifically acted Ex Machina, a complex drama about artificial intelligence..."
RogerEbert.com - 04/09/2015
4 stars out of 4 -- "Garland builds tension slowly and carefully without ever letting the pace slacken. And he proves to have a precise but bold eye for composition..."
New York Times - 04/09/2015
"EX MACHINA is itself a smart, sleek movie about men and the machines they make..."
Washington Post - 04/16/2015
"With EX MACHINA, Garland makes an impressive debut as a director, spinning an unsettling futuristic thriller with the expertise and exquisite taste of a seasoned veteran."

The reclusive CEO of a hi-tech company (Oscar Isaac) recruits a brilliant young computer programmer (Domhnall Gleeson) to evaluate his latest invention -- a highly advanced android named Ava (Alicia Vikander), which is supplied with the most advanced Artificial Intelligence ever conceived. Meanwhile, despite their intelligence and formidable reputations, the two men fail to realize just how easily they can be manipulated by a machine that's as beautiful as it is brilliant.