War of the Buttons PG

The children of two Irish towns located on either side of an inlet in County Cork, form small armies and battle against each other in a neverending quest for supremacy. 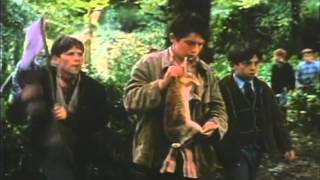 War Of The Buttons Trailer 1995 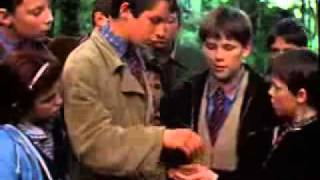 War of the Buttons Trailer

No stones in slingshots. No skirmishes too late in the day. They're rules of war for the youngsters of two neighboring Irish villages. And here's another rule: if you spit-shake on something, you better follow through. Kids will be kids. But sometimes they, in their own fanciful ways, will be adults. "What's unique and marvelous here," Oscar-winning Chariots of Fire screenwriter Colin Welland says, "is that it's not an adult's view of childhood at all, but a child's view of adulthood." Welland joins fellow Chariots of Fire Academy Award winner David Puttnam for a winning tale in which buttons are the spoils of a would-be war. The rival teens are screen newcomers, but you wouldn't know it from their seasoned performances. And if you don't know why Ireland is the Emerald Isle, this scenic charmer is breathtaking proof.

Producer Puttnam and screenwriter Welland, the team who brought you CHARIOTS OF FIRE, bring you this youthful tale featuring a cast of young Irish unknowns. The youngsters of two neighboring Irish villages just can's get along. They have rules for their battles, thought: no stones in slingshots, and no fights too late in the day. This scenic and bittersweet tale presents a child's view of childhood, with amusing and touching results.

Teenage | Children | Battles | Irish
This product is made-on-demand by the manufacturer using DVD-R recordable media. Almost all DVD players can play DVD-Rs (except for some older models made before 2000) - please consult your owner's manual for formats compatible with your player. These DVD-Rs may not play on all computers or DVD player/recorders. To address this, the manufacturer recommends viewing this product on a DVD player that does not have recording capability.

The Chronicles of Narnia: The Lion, The Witch, and the...
$6 Super Savings
Add to Cart

Into the Wild
$6.50 Super Savings
Add to Cart