Man is the only animal that kills for fun 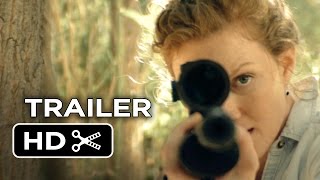 A married couple go hunting with the husband's veteran brother, but they end up becoming the hunted when they are stalked by a mysterious presence. Now, in order to survive, the trio must embrace their animal instincts, and fight back with everything they've got.