In 1620, a group of religious outcasts boarded the Mayflower in England and set sail for the New World, where they founded a tiny wilderness outpost that would become the United States of America. 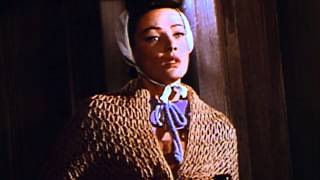 In 1620, a group of religious outcasts boarded the Mayflower in England and set sail for the New World, where they founded a tiny wilderness outpost that was the genesis for what would become the United States of America. This is their thrilling story, a tale of hardship and devotion, of storms, hunger and disease faced and defied. Screen great Spencer Tracy portrays the Mayflower's skipper, whose clenched heart is opened by his love for a gentle passenger (Gene Tierney) and the unfaltering courage of the pilgrims. Clarence Brown's forthright direction, Miklos Rozsa's hymn-tinged score and Academy Award-winning special effects that thrust the viewer into twisting, towering seas await all who experience this memorable Plymouth Adventure.

The voyage of the Mayflower, the storied ship that brought the Pilgrims to what would be known as America, was one of much strife. Many of the settlers nearly died in the poor conditions. A vicious captain of the ship, Christopher Jones (Spencer Tracy), made the journey even more difficult for its passengers. This Hollywood interpretation dramatizes the sail from England to Plymouth Rock. Directed by Clarence Brown (FLESH AND THE DEVIL) and photographed by the great William H. Daniels (GREED, GRAND HOTEL).

Classic | Theatrical Release
This product is made-on-demand by the manufacturer using DVD-R recordable media. Almost all DVD players can play DVD-Rs (except for some older models made before 2000) - please consult your owner's manual for formats compatible with your player. These DVD-Rs may not play on all computers or DVD player/recorders. To address this, the manufacturer recommends viewing this product on a DVD player that does not have recording capability.