Through the doors of the St. Gregory, a posh, aging luxury hotel in the lusty New Orleans French Quarter, pass the powerful, the proud and the predatory. Only so many secrets can be swept under the plush carpet of the St. Gregory. 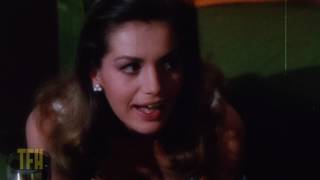 Another bestseller from Arthur Hailey (Airport, Wheels, The Moneychangers) comes to pulsating life in this grand, multi-storied feature film that explodes the secrets of a dozen private lives. Through the doors of the St. Gregory, a posh, aging luxury hotel in the lusty New Orleans French Quarter, pass the powerful, the proud and the predatory. Among them are bigoted, blustery owner Melvyn Douglas, tough-minded general manager Rod Taylor, Merle Oberon as an arrogant Duchess who dominates her weak-willed diplomat husband (Michael Rennie), Kevin McCarthy as a Bible-thumping business tycoon who'll invoke any means to add the St. Gregory to his conformity-stamped hotel chain, Richard Conte as a duplicitous detective and Karl Malden as the thief with a briefcase full of room keys, compliments of the town's hookers. Only so many secrets can be swept under the plush carpet of the St. Gregory.

The luxurious - but debt-plagued - St. Gregory Hotel in New Orleans faces a battle for survival, while its staff, guests and prospective buyers generate behind-the-scenes romance, power plays, blackmail and betrayal. Based on Arthur Hailey's novel.

In this adaptation of Arthur Hailey's novel, the manager of a New Orleans hotel must deal with his tough boss, business headaches, thieves, and a variety of demanding guests.
Peter McDermott is managing the hotel at a particularly problematic time. For one thing, business has been on the decline and the owner, Trent, needs to raise enough money to save the hotel by modernizing it. Action has to be taken quickly because a ruthless hotel magnate is desperately trying to get his hands on the business. And to make the situation even more hectic, a union chief is at odds with Trent over the owner's unwillingness to unionize his workers. McDermott's work isn't made any easier by his boss's whites-only guest policy.
Meanwhile, the guests have their own troubles -- including the Duke of Lanbourne, who is blackmailed by the hotel's detective after getting involved in a hit-and-run accident.