The inside story of London after dark. 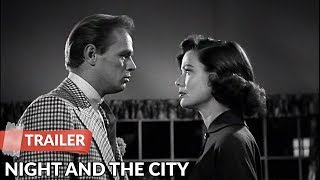 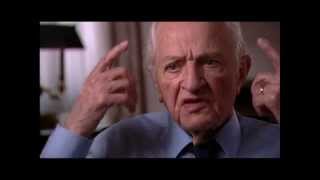 Jules Dassin on NIGHT AND THE CITY (Featurette)

In NIGHT AND THE CITY, director Jules Dassin brilliantly fuses two styles of filmmaking, crossing the expressionist lighting and framing of film noir with the almost documentary location shooting he used for THE NAKED CITY (1948). Dassin treats NIGHT AND THE CITY's central London locations as strange exotic places. As the movie opens, it is nighttime and small-time hood Harry Fabian (Richard Widmark) is running from almost unseen pursuers. Harry crosses in front of St. Paul's Cathedral, and Dassin shows this familiar tourist sight from a very high angle, then immediately juxtaposes a shot of Harry escaping through bombed-out ruins. While Dassin and director of photography Max Greene shoot exteriors from high angles or from cramped doorways, they shoot interiors from low angles catching their actors against heavily contrasted backgrounds. The result is a movie full of diamond-sharp, angst-ridden visuals.

NIGHT AND THE CITY is built round the dynamic febrile performance of Richard Widmark as the constantly scheming, ever-overreaching Harry. Herbert Lom is brilliant as the Greek who ruthlessly controls wrestling in London. Francis L. Sullivan, huge and slow moving, exudes menace as nightclub owner Phil Nosseross. And Googie Withers is very striking as Nosseross's smart but desperate wife.

Where the Sidewalk Ends
$13 Super Savings
Add to Cart