A new generation of terror

395K ratings
Currently Out of Stock: We'll get more as soon as possible
Notify Me When Available
Add to Wishlist
Format:  DVD
sku:  XD 41436D
Also released as:
Omen for $4.78
Omen for $6.38
More products that might interest you:
Classic Horror Collection: 20 Full Color Vintage Movie Postcards (Movie Collectible) $4.78
92% recommend us! 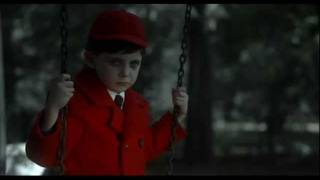 John Moore's remake of Richard Donner's unsettling 1976 horror classic increases the quality of production values, yet stays very true to the original. Live Schreiber (EVERYTHING IS ILLUMINATED) plays Robert Thorn, a wealthy American official living in Rome, whose wife, Kate (Julia Stiles, MONA LISA SMILE), has just lost her first child. At the behest of a strange priest, Robert substitutes an orphaned child for his own without Kate's knowledge, and soon the small family is living an idyllic existence on a lavish estate in England. But when the child, Damian (Seamus Davey-Fitzpatrick), turns five years old, strange things begin to happen, beginning with a nanny's public and very grisly suicide at the boy's lavish birthday party. Kate begins to notice odd things about her child, such as the way other children don't want to play with him, his strange provocation of animals, and his increasingly pronounced withdrawal from her. By the time she begins fearing for her life, however, it may be too late, and it's up to her husband to figure out once and for all if the child really is the spawn of Satan. Thus Robert embarks on a journey that takes him back to Italy, Jerusalem, and an encounter with a priest of decidedly horrific mien; he's aided by a photographer who has figured out what's going on, and who just might be the next one to die. The atmospheric, spooky mise-en-scene, marked by an almost constant storm and grey tones interrupted by startling reds, deliciously makes the most of the film's exaggeratedly apocalyptic message. The wonderful Mia Farrow (ROSEMARY'S BABY) is unbelievably creepy as Damian's replacement nanny.

16%off
Exorcist: The Beginning
$8.40 Super Savings
Add to Cart