I Am Chris Farley (Blu-ray)

4.8K ratings
Currently Out of Stock: We'll get more as soon as possible
Notify Me When Available
Add to Wishlist
Format:  Blu-ray
sku:  64DGG
Also released as:
I Am Chris Farley for $6.90
91% recommend us! 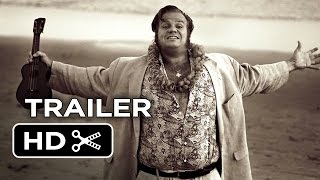 A.V. Club - 07/30/2015
"It plays more like a loving tribute than documentary, as if a bunch of his friends got together to tell stories. In that way, it succeeds..." -- Grade: B
RogerEbert.com - 07/31/2015
3 stars out of 5 -- "The first half-hour of I AM CHRIS FARLEY proves to be the most interesting, as it allows friends and family from Farley’s youth to remember what formed this talent."
Entertainment Weekly - 07/30/2015
"[L]ike Jim Carrey, Farley’s physical commitment to his characters was borderline transcendent..." -- Grade: B+

A touching look at the life of actor and comedian Chris Farley, whose meteoric rise to fame was cut short by his death at the age of 33 from a drug overdose. Featured in this emotional documentary are new interviews and reflections from some of Farley's former SATURDAY NIGHT LIVE costars, including David Spade, Adam Sandler, and Mike Myers.

Tea with the Dames
$23.10 Super Savings
Add to Cart