Everything is suspect... Everyone is for sale... And nothing is what it seems. 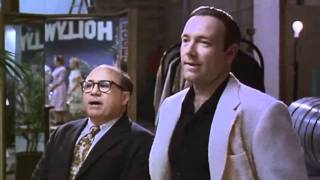 Director Curtis Hanson captures the duality of 1950s Los Angeles in this striking film noir adaptation of James Ellroy's novel. The City of Angels might be sunny, inviting, and glamorous to the rest of the world, but it's also filled with corrupt cops, elegant hookers, murder cover-ups, and manipulative paparazzi, all of which are just the tip of the iceberg. It's impossible to know exactly who's trustworthy and who's not as three detectives (Kevin Spacey, Russell Crowe, and Guy Pearce) each use their own tactics to investigate a coffee-shop massacre.

The script by Hanson and Brian Helgeland maintains the fragile framework of human relationships developed in the novel, while 45 different shooting locations give the film a solidly unique tone and feeling of integrity, immersing the viewer in 1950s Los Angeles. The entire cast is first-rate, with compelling performances from Spacey, Crowe, Pearce, James Cromwell, Danny DeVito, Kim Basinger, and David Strathairn.

The Lords of Flatbush (DVD)
$8.70 Super Savings
Add to Cart

Send Me No Flowers (DVD)
$13 Super Savings
Add to Cart