Stompin' at the Savoy (Live)
by Rufus / Chaka Khan 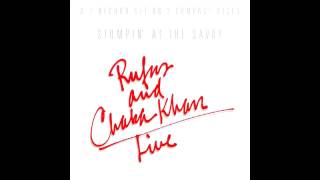 Rufus and Chaka Khan - You Got The Love (live) (Music Video) 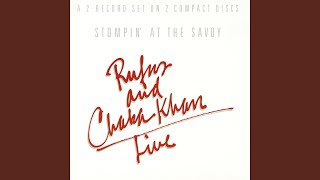 Do You Love What You Feel (Live) (Music Video)

Producers include: Russ Titelman.
Recorded at the Savoy Theatre, New York, New York in February 1982.
Rufus' 1983 double LP, Stompin' at the Savoy (Live) was an ambitious, eccentric, and occasionally patchy affair that grew out of a series of live shows the group staged during 1982. With Chaka Khan at least temporarily back in the fold, the band stunned packed audiences with an energetic set of old favorites and new material, even as a second Khan reunion album, Camouflage, foundered. The idea for this set, and what ultimately became the group's last album, grew out of those live shows. Recorded over three nights in January at the fabled New York venue, Stompin' At the Savoy (Live) packs three sides with live performance, leaving the fourth, a studio mini-set of all new material, the odd man out at the end. Those three live sides not only capture the effervescent spirit that infused the band whenever Khan added her phenomenal soul vocals to the funk-rock aggregate, but also wowed fans with passionate revamps of some of Rufus' brightest moments -- both "Tell Me Something Good" and "What Cha' Gonna Do for Me" are powerhouse numbers, while "Dance Wit Me" and "Sweet Thing" follow behind. It's only when we come to the studio side that the effort unravels. With a handful of songs that are essentially throwaways, it's just the lone gem, "Ain't Nobody," that salvages the moment. Completely fresh, and shunting the latter day band from lukewarm to white hot, "Ain't Nobody" scored the band their 5th R&B #1 when it debuted at the top of the charts in July 1983. And although Rufus disbanded not long after, both Stompin' at the Savoy (Live) and "Ain't Nobody" ensured that the band would exit the scene on a note as high, if not higher, than they entered it. ~ Amy Hanson

Rufus / Chaka Khan
Sweet Thing / Do You Love What You Feel
$2.55 Super Savings
Add to Cart