When Max Herschel, the ruthless magnate who has everything, loses his executive mistress Bones Burton to a young playwright, he carves out a whole new battlefield in the war between the sexes! 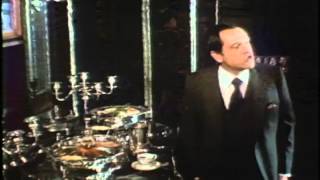 Just Tell Me What You Want Trailer 1980

When Max Herschel (Alan King), the ruthless magnate who has everything, loses his executive mistress Bones Burton (Ali MacGraw) to a young playwright (Peter Weller), he carves out a whole new battlefield in the war between the sexes! Director Sidney Lumet's sophisticated comedy, written by three-time Lumet collaborator Jay Presson Allen, chronicles the combat in winningly witty style. When the very rich spat, weapons include movie studios, TV talk shows and art collections - and in the most spectacular lovers' quarrel ever filmed, Bones and Max demolish half the ground floor of Bergdorf Goodman. Myrna Loy as Max's wise secretary, Dina Merrill as Max's neurotic wife and Keenan Wynn as Max's formidable "best enemy" see action as well. For romantic comedy that's elegant and also a hoot, Just Tell Me What You Want is indeed what you want.

In Sidney Lumet's JUST TELL ME WHAT YOU WANT, a middle-aged man parts with his younger lover. She wants to marry a man her own age and he won't keep her from following her heart. But as soon as he lets her go, he decides he'll do whatever it takes to get her back.