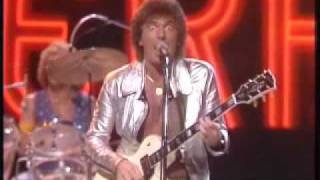 A budget-priced 10-track collection of favorites from Wild Cherry. All original recordings.

Poor Wild Cherry. If they hadn't made such a big splash with "Play That Funky Music," their successive singles wouldn't have been the subjects of unfair comparison. And though they lasted long enough to make several albums, they bowed out with one titled Only the Wild Survive (apparently not). Out of the group's five charting singles, Play the Funk contains four, choosing to admit "Play That Funky Music" sound-alike "Baby Don't You Know." The rest is filled out with a handful of select album cuts. Even so, this will be more than enough for most fans of disco and funk. If you're looking for this disc and can't find it, Collectables released a similar-looking disc in 2005 called Play That Funk, featuring the same exact track listing. ~ Andy Kellman