The truth can be adjusted.

458K ratings
Currently Out of Stock: We'll get more as soon as possible
Notify Me When Available
Add to Wishlist
Format:  DVD
item number:  XRI 14256D
Also released as:
Michael Clayton (Full Frame) for $10.30
Michael Clayton (Blu-ray) for $12.80
Our customers love us! 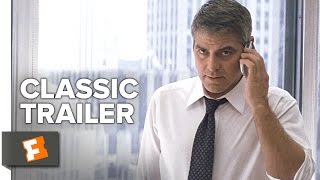 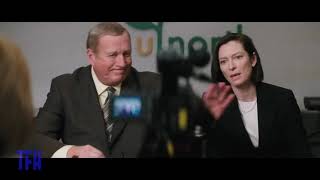 Michael Clayton (George Clooney) is what is known in the legal world as a "fixer," or in the character's own pejorative version, a "janitor" who cleans up legal messes for VIPs and corporations on behalf of a prestigious New York City law firm. A former litigator, Clayton has found a niche that capitalizes on his legal acumen and shrewd people skills, and yet, after 13 years on the job, finds himself increasingly disgusted with his clientele. The film covers four pivotal days of his life, in which a midlife crisis and a crisis of conscience neatly converge when he is called in to "fix" a situation unfolding in one of his firm's hottest cases. Brilliant lawyer Arthur Edens (another powerhouse performance by Tom Wilkinson), representing a huge agro-chemical corporation being hit by a class action suit, has a bipolar breakdown, compounded by guilt over his defense of a company that is probably in the wrong, but is wealthy enough to buy its innocence either way. The company's CEO (Tilda Swinton) will stop at nothing to keep Edens from sinking the case. Clayton must decide how much of Edens's mad rebellion against the company is sheer mental illness, how much is true, and how much it will cost him to do the right thing.

Clooney delivers a rich performance as a hangdog and haunted man who wants to stay on the side of good, but is a little too skilled at moral margin-walking to make that an easy choice in every situation. Swinton glows as a secretly frail Amazon who somehow won't let a tortured conscience prevent her from getting ahead. The final third of the film is as suspenseful as any courtroom drama, without ever resorting to legal-thriller cliches.

Attorney Michael Clayton is a "fixer," the go-to guy when his powerful New York law firm wants a mess swept under the rug. But now he's handed a crisis even he may not be able to fix. The firm's top litigator in a $3-billion case has gone from advocate to whistleblower. And the more Michael tries to undo the damage, the more he's up against forces that put corporate survival over human life - including Michael's. George Clooney portrays Michael, backed into a career corner that offers little room to fight free in this suspense-and star-packed thriller written and directed by Tony Gilroy (writer/co-writer of the "Bourne" movie trilogy). Keep your eyes on "Michael Clayton." He has some life-or-death decisions to make. Fast.

The Ides of March
$6.50 Super Savings
Add to Cart