A sensitive prepschooler called "sister boy" by his peers, is offered more than tea and sympathy by the lovely housemaster's wife to help the boy prove his manhood. The frankness may be muted but the power remains in this stellar film. 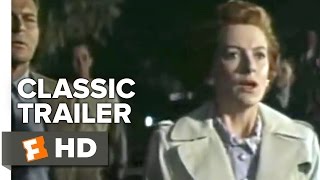 Homosexuality was a taboo subject in 1956 Hollywood. So it was a challenge for screenwriter Robert Anderson to adapt his hit Broadway play about a sensitive prepschooler called "sister boy" by his peers, and the lovely housemaster's wife who realizes she must offer more than tea and sympathy to help the boy prove his manhood. The frankness may be muted but the power remains in this stellar film. Under Vincente Minnelli's direction, Deborah Kerr and John Kerr reprise their Broadway roles as older woman and younger man in poignant performances that reveal the compassion and the torment of being human. Their stage costar Leif Erickson joins them in counterpoint as the emotionally clenched housemaster.

Film version of the Robert Anderson play about a prep school boy, thought by many to be homosexual, who turns out to have an affair with a teacher's wife.

An adaptation of the Broadway play about a sensitive boy accused of being a homosexual. Tim Robinson Lee is a delicate, artistically-inclined youth who doesn't engage in the libidinally-charged activities of his teenage classmates. As a result, he becomes the target of derision and misunderstanding -- attitudes that extend to the school's macho housemaster and the boy's own father. Only the wife of the housemaster, Laura Reynolds, has the heart and intelligence to see beyond the obvious and extend her friendship and sympathy to the boy.