Be Warned. It's Alive 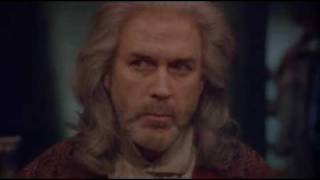 "Did you ever consider the consequences of your actions' You made me, and you left me to die."
- the Creature (Robert De Niro) to Victor Frankenstein (Kenneth Branagh)

In this adaptation of the classic Mary Shelley tale, Kenneth Branagh stars as Victor Frankenstein, a man possessed by a mission to create life but painfully unaware of the consequences of his actions. He succeeds in his quest to create a man, but his creature (Robert De Niro) is both revolting and tragically aware of the effect he has on others. His creation escapes, and Frankenstein eventually gives him up for dead. The creature, however, is very much alive, tormented by his plight and plotting a horrible revenge. Shelley's novella is given a lush and lurid treatment by Branagh in this epic Gothic tragedy of a man who dares to play God. The film features a cast of strong supporting actors, including Helena Bonham Carter, Tom Hulce, Aidan Quinn, Ian Holm, and John Cleese.

The Bride of Frankenstein
$14.50
Add to Cart

The Bride of Frankenstein (Blu-ray)
$19
Add to Cart