Every dream has a price. 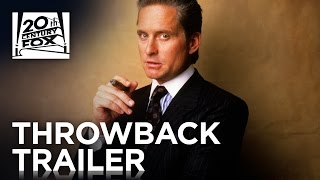 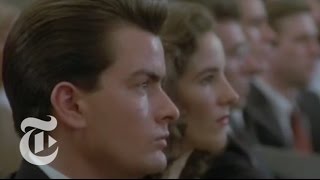 USA Today - 06/27/2008
4 stars out of 4 -- "[E]ngaging and visually stunning....WALL-E is inventive, poignant and funny in its tale of a spunky robot whose name stands for Waste Allocation Load Lifter Earth Class."
Los Angeles Times - 06/27/2008
"Pixar's latest is wonderful and full of wonder....Daring and traditional, groundbreaking and familiar, apocalyptic and sentimental, WALL-E gains strengths from embracing contradictions..."
New York Times - 06/27/2008
"WALL-E surely breaks new ground....It is also a disarmingly sweet and simple love story, Chaplinesque in its emotional purity."
Entertainment Weekly - 07/11/2008
"[P]uckishly inventive, altogether marvelous....It whisks you to a new world, then makes that world every inch our own." -- Grade: A
Sight and Sound - 08/01/2008
"[E]xceptionally good. In fact it's one of Pixar's best films....The film's joy, though, is the way WALL-E's situation develops in an organic, lyrical, musical way."
Empire - 08/01/2008
5 stars out of 5 -- "WALL-E is a character of genius, as wondrous an example of the potential of animation as you will ever see."
Rolling Stone - 08/07/2008
4 stars out of 4 -- "Animation art at its highest level....You leave WALL-E with a feeling of the rarest kind: that you've just enjoyed a close encounter with an enduring classic."
Premiere - 06/26/2008
"Just watching WALL-E putter around earth by himself, crushing trash into neat cubes and listening to his homemade tape of the HELLO, DOLLY! soundtrack is mesmerizing."
Chicago Sun-Times - 12/05/2008
"The best science-fiction movie in years....Hugely entertaining, wonderfully well drawn..."
Rolling Stone - 01/08/2008
Ranked #5 in Rolling Stone's 'Movies Of The Year' -- "Director Andrew Stanton and his crew have created a visionary masterpiece."
Entertainment Weekly - 12/26/2008
Included in Entertainment Weekly's 2008 Films Of The Year -- "Years from now -- yea, unto eternity -- all who love movies will rank WALL-E among the medium's most profound, subtle, sophisticated, and gorgeously inventive specimens, ever."

Even for Pixar, this might be a first: an animated film that contains not only a fully realized world as photorealistic as it is teeming with wonder, but also the Gargantuan themes and visuals of 2001: A SPACE ODYSSEY, the kind of stripped-down sad-clown pathos reserved for classic Buster Keaton comedies, and one of the most moving love stories in a long time. Director Andrew Stanton kicked up the visual acuity of an already-stellar Pixar Studios in 2003 with his reflective, refractive, color-shimmery realization of FINDING NEMO's oceanic world, which genuinely felt as though it spanned the entire earth. Now, with WALL-E, Stanton replaces an estranged journeyer of an apprehensively fishy disposition with a curious and love-struck robotic one, allowing the quest for eternal love to extend from a desolate, dust-covered, palpably polluted future Earth and into an even more mysterious abyss: the far reaches of outer space.

With virtually no dialogue, WALL-E's neatly contained, eerily vaudevillian first act introduces the tragic robot of the title. Whirring amid dilapidated skyscrapers and equally tall compacted trash heaps, he's the last living thing on Earth (aside from a little cockroach friend). WALL-E has developed a tender and inquisitive personality doing what he was built to do--allocate and dispose of human waste--day in and day out for the past 700 years simply because no one turned him off when the human race left the now-hostile planet. Soon though, the directive-oriented automaton Eve comes crashing into WALL-E's life from above, immediately becoming the object of his infatuation. At the drop of a hat, the little guy follows her back into the dangerous unknown, where the sight of two robots gliding through the cosmic ether, dancing via fire-extinguisher propulsion, joins the many memorable moments of a deceptively simple, expansively romantic story.