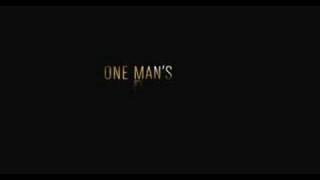 Though director Julian Jarrold's adaptation of the Evelyn Waugh novel BRIDESHEAD REVISITED spans decades and continents, it's a taut film that never drags and can excite contemporary audiences. Matthew Goode (MATCH POINT) stars as lower-class Londoner Charles Ryder, an aspiring artist who is beginning his studies in history at Oxford in the 1920s. A chance encounter with dandyish aristocrat Sebastian Flyte (Ben Whishaw, PERFUME) changes the course of his life. The two embark on a close, intense friendship that is further complicated by the introduction of Sebastian's beautiful sister Julia (Hayley Atwell, CASSANDRA'S DREAM) and his overbearing, extremely religious mother, Lady Marchmain (Emma Thompson). BRIDESHEAD REVISITED follows Charles from the carefree '20s through the beginning of World War II, focusing on his complicated relationship with the upper-class family and their estate, Brideshead.

Along with ATONEMENT's Joe Wright, Jarrold (BECOMING JANE) represents a new era of British period filmmaking. Both men bring a modern sensibility to their work that makes their films feel fresh and sexy, though they never lose authenticity. Jarrold employs some handheld camera work and quick-cut editing in BRIDESHEAD REVISITED, two techniques that separate his film from others in the genre. Fans of the book--and the 11-hour 1981 miniseries--may bristle at the film's relatively brief running time, but screenwriters Andrew Davies (the BBC classic PRIDE AND PREJUDICE) and Jeremy Brock (THE LAST KING OF SCOTLAND) have distilled the story into the essentials. BRIDESHEAD REVISITED deftly works with the conflicts of class, religion, and desire and, with its artful costumes and gorgeous settings, is essential viewing for fans of the genre.

British | Romance | Epic | Theatrical Release | Adaptation | England | Romances
This product is made-on-demand by the manufacturer using DVD-R recordable media. Almost all DVD players can play DVD-Rs (except for some older models made before 2000) - please consult your owner's manual for formats compatible with your player. These DVD-Rs may not play on all computers or DVD player/recorders. To address this, the manufacturer recommends viewing this product on a DVD player that does not have recording capability.